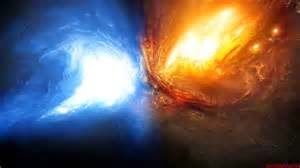 Ma and Fa - the secret agents of SG (our own Sridharaa), entrusted with their new assignment to make the world a land of happiness moved towards the Earth.
“This Earth still seems to be a lovely sojourn. The air is so fresh and there are lots of greens below.” Ma said mesmerized.
“Yes, it does appear. But SG has sensed problems here. Let’s try to get down to the root cause of the problems. Then we’ll analyze.” Fa reasoned.
“You’re correct dear. Let’s see the problems. Take out that list SG gave.” Ma concurred.
“Corruption, terrorism, drug abuse, rape, theft, kidnapping, dis-respect for parents, …” Fa tried going through.
“Wait.. wait.. wait.” Ma interrupted.
“This won’t help.” “Fa, let’s handle one by one. See if some problems have similar cause or result.”
Fa agreed and they started understanding the problem one by one.
“Corruption: She started, that’s want for some more money. ‘More’ has no end. Not satisfied with what you are getting.”
-“That too, in a short time, without an extra effort.”
-“By misuse of position!”.
“Or favourism at the cost of company, country and people.”
“And…”
“Wait! Why this happens?”
“Probably, because he does not have enough of money to support his family.”
“Hmmm! No! - To support one’s family – you just need food for two times, a place to live and clothes to cover yourself.”
“And the labours working on road, in factories, on-sites are not among the list of corrupts.”
“True, not even are the farmers working in field.”
“If they can support their family without being corrupt – family can not be the reason.”
“Then..?”
“It’s basically because you are thinking only of yourself”
“They are selfish, you mean.”
“Yes, I think he is immensely self-concerned. That’s why he cannot see the vices attached with this greed.”
“So we need to correct this SELF factor.” Fa said ….
Yes. Ma commented relieved. Identifying the root cause and motivated with their success. “Let’s move to another problem.” He said.
“Terrorism – Fa stated delighted.”
“Killing masses indiscriminately!”
“So ghory and inhuman” Fa sighed in disbelief. Do you mean they kill the children and women too.”
“Yes, anyone! Even new born becomes a victim.”
“By some special group?”
“No, mostly they are young people, at times, even well educated.”
“Is it in some special part of the world?”
“No, this has engulfed the entire world.”
“But why? Aren’t they afraid this way the world would be devoid of civilization altogether in days to come.
-“Different reasons, some do for religion (faith in super energy), others for their country (the piece of land they are living in).
“What religion … country”. Are there more than one faith here?
“Yes there are many now.”
“But SG when sent Adam and Eve, to flourish mankind had entrusted only one faith – belief in SG.”
“Yes that’s true. Now too, they believe in the same eternal power, but have their own ways of showing the faith. And thus they treat it different.”
“So foolish.”
“And to prove ones belief as more powerful – they resort to killing others.”
“You mean, they kill people with a different belief.”
“No, they kill indiscriminately so all are affected.”
“Then what’s the benefit?”
“I think they display power and control and try to frighten others to follow them.”
“You mean they demand others to follow them”
“Yes!”
“To prove their faith to be better or truer, they could do things like our Rishi – Munis. They lived in the woods and had power that spread in the world. People came on themselves for their wisdom and followed them.”
“Yes, but don’t you see our Munis didn’t want anything for themselves. They just helped the others who came as a true guide. Here the case is different. These people want themselves (their faith / group etc.) to be in limelight. They are in no way concerned about the up-liftment of even their followers.”
“Then they are again self-centered.” I mean they want to prove their own superiority over others.”
So here too the cause is SELF.
“And country” Fa asked convinced.
“Some do this for country… I mean the piece of land they live on.”
“Do you mean, they don’t have enough space to live and so they fight.”
“No!” World is still too big to accommodate many such generations.”
“Then?”
“Actually in due course Adam’s and Eve’s descendent demarcated large pieces of land as their own and named them Countries. As time is passing they are getting concerned about only those land and fight to make it their own.”
“But this land belongs to SG” And would they stay in only that piece of land. Don’t they go to the other parts or to the water bodies throughout their life.”
“They do”
“So how is this country so important that they start killing people and how is this benefiting into getting that land.”
“Actually here too, they want to show the people there that they are strong and so they should again be ceded what they want.”
“So you mean – here too the cause is SELF.”
“I suppose” Ma agreed
So let’s first try to correct these problems by removing these SELF from people. Fa exclaimed.
“Should we spray – over the world as to remove this self from them. Ma asked enthusiastically.
“No, then they would have no aim and ambition to live and work for”
“Right.. then what do we do?
“We'll have to balance its effect. SELF should not affect OTHERS negatively. SELF should be a power to guide for a brighter society – better well being so that one can be reckoned as power.”
They started working on it.  and came with the remedial idea –  Let's spread the message:
“DO WHAT YOU WANT OTHERS DO TO YOU”
“We hope this would remove the SELF from people and bring OTHERS before SELF.” MA and FA shook hands on having their first step towards spreading HAPPINESS.
They moved to SG to get their idea cleared from him.
.................................................................................................................................................
Originally written for EYC 62 on Sulekha
http://creative.sulekha.com/mission-happiness-for-sridharaa-s-eyc-62_414551_blog