O for Ornaments of Himachal

This post is written for A to Z Challenge.

O for Ornaments of Himachal

Yes, Himachal is not famous only for its beautiful landscape, the serene mountains, the dense pine forests, sacred pilgrims but also for its exquisite traditional tribal ornaments. The rich culture of Himachal bestows a passion for jewellery which can be seen in the traditional jewelleries. The modernization however is having its impact on this and the heavy jewelled ornaments are now giving way to light artistic designs. Heavy Silver jewellery was a mark of the solidarity of family and synonymous with happiness and grandeur.

It reflected the livelihood, the happy go contended attitude of the area and custom. Some of the traditional Jwelleries are shown below:

Chandrahaar : (Necklace) Women from Himachal wear these silver Chandrahaars weighing from 500gms to 2 kgs. It is worn across all tribes from Mandi, Chamba Kinnaur, Kangra, Kullu etc. 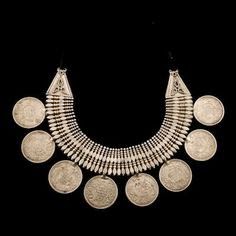 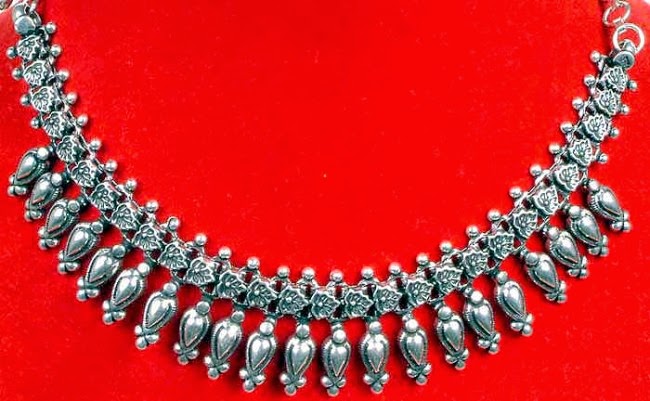 Timani : Old Chandrahaars have given way to Gold Necklaces Timani in Kinnaur.

Queen Victoria Necklace: Bunch of long silver chains running down to abdomen were worn by women esp. in Bilaspur. These chains were interlinked by engraved or enamelled silver plaques. Heavy necklaces with as many as 20 laces were famous in Kinnaur. Out of 20, four laces were of Red coral gem (locally called moonga) and in rest of laces engraved or enamelled silver plaques (called doroli) were linked. These ornaments are now considered antique and hence are pricey. 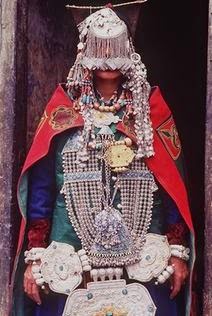 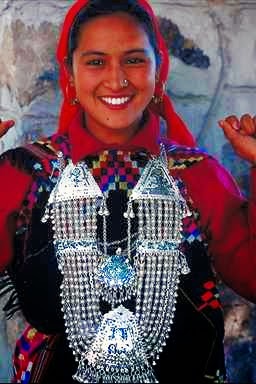 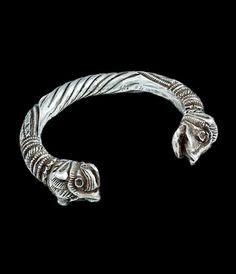 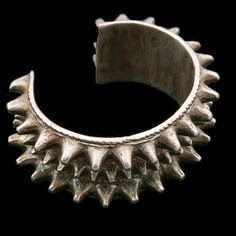 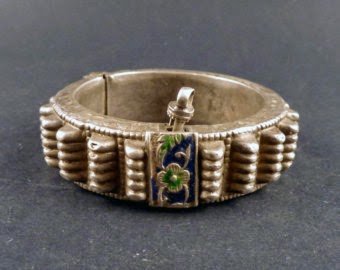 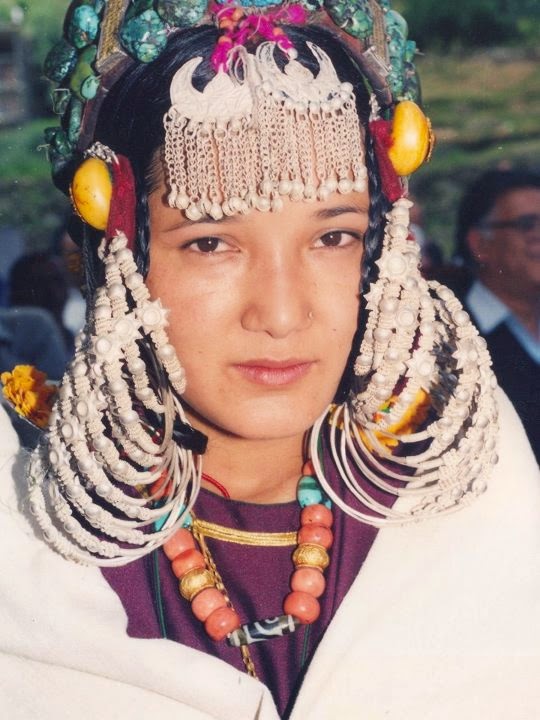 Chaks : were heavy silver ornament used on the hair plait at the back of the head, to tie hair.

Naths : Nose rings were called naths and was wore on the nose. It used to weigh as heavy as 10 tolas and were embedded with precious motifs.

Rings : are decked with multiple laris and jhumars.

This was with O. Tomorrow it would be P.