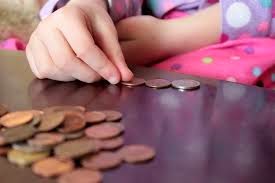 Mother’s Day – all these were not known in our days. But today media makes it known to all. The awareness is high. The essence of the day pervades through the atmosphere well in advance.
My nine year son, Apoorva sat besides me when I was writing the poem “Mother – an epitome to sacrifice”. He stayed glued to my laptop till late in the night. On all such days, he would normally start preparation of his hand made gifts. But this time he had kept it all secret. He had neither asked me for any money nor his mother.
On Saturday, when I returned from the office, he came to me.
“Papa- you’ll have to come to the market along with me.” He told with his hands locked at the back.
“Anything important” I asked, turning towards his mother to see if she knew anything.” But she bore a blank face too.
“Abhi chalo” He became a little more persuading.
“We’ll go tomorrow, as it is already late but tell me the reason. Why and where to go?”
He brought his hand to the front, there was a small poly bag holding coins of one, two and five.
“I have Rs.387.00. I want to buy present for mummy for tomorrow on Mother’s Day”.
And he had a list ready with him – Lip Stick, Hair Bands etc. etc. …… in the other hand.
I looked towards Richa in dismay – if she knew about it.
She shook her head slowly in negative.
He had broken his earthen piggy bank. I had a smile on my face but didn’t want to make it evident.
“You could have taken the money from me. Why did you break it?”
“No! I want this from my money only. You just convert it into rupees as the shopkeeper would not take change.”
I could not scold him, just said – “don’t do it again without informing one of us.”
Richa too stood with smile on her face.
We took him in arms and moved towards the market. He bought things as per his list and got it wrapped to ensure that the first thing he does in the morning is - give his present.
Such sensitive are our children now.
Just wanted to share with you all.
Aditya Sinha