H for Hidamba Temple and all about Manali. 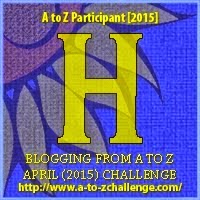 H for Hidamba Temple and all about Manali.

Ever thought India would have a temple in the name of a Rakshashi (Monster). Right Hidamba as per mythology and Mahabharata citation was the sister of Hidimb a fearless monster during Mahabharta Era. She had vowed that she would marry the person who would defeat his brother. While in exile, Bhima the second eldest of the Pandavas killed Hidimb and thus married Hidimba. She later gave birth to a son famous as Ghatotkacha in Mahabharata.

Thus, in the land of Sage Manu (Sage who gave Law to India) from where Manali got its name, this Rakshashi is worshipped as a God and there is a temple built around the rock symbolic to Hidamba.
Built in the 16th century Hidamba Temple is a cave temple covered surrounded by intricately carved wood and structured with a four layered pyramidal top. In the cave is a brass idol of Hidamba Devi. The area is surrounded by tall Cedars and has a magnificent view and gives serene and peaceful hours. Across the road there is another similar temple called the Ghatotkacha temple and is devoted to her son Ghatotkacha, with a feet carved on a monolithic rock symbolic to Hidamba.

The area, aside from the temple visit offers lifetime experience of Yak ride. 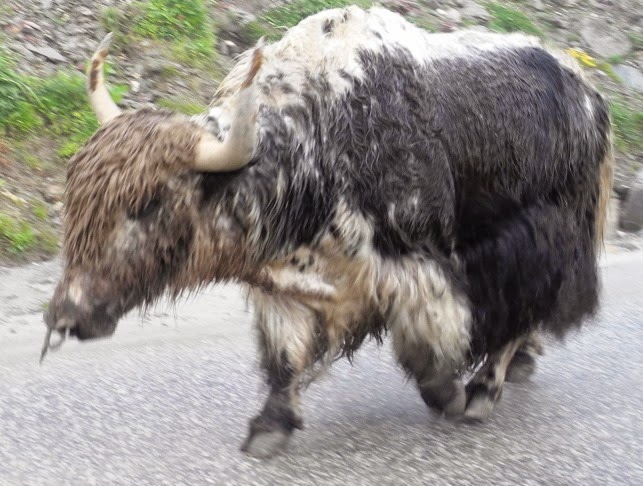 The temple is situated around 2km from main Manali Mall Road and can be trekked or by a car which can be driven up to its main entrance.

Aside from the Hidamba temple, Manali as one of the most sought hill station is the center to reach to other tourist spots. In itself Manali has a very short Mall which is thronged by the tourist and has life throughout. The city gets over crowded during the winters especially after a snow fall as it is easily accessible from Delhi, Chandigarh and Pathankot. The area stays covered with snow for most part of winter but can be reached easily.

The nearest Airport is Bhunter about 50 kms south from where you can take a cab. Otherwise one can easily drive from Delhi (592km), Chandigarh (327 km) and Pathanlkot (325 km). The city is 44 km north of main Kullu city and is on the main NH21. The route is worth a drive and offers magnificent view of the valleys and the mountains.

Places you can reach from here are:

Rohtang Pass (56km) - a high mountain pass that connects Manali to the Lahaul Spiti and further to Ladakh region in J&K.

Solang Valley – about 14 km from Manali, on the way to Rohtang gets covered with snow in the winter and offers excellent opportunity for skiing. The giant lawn slopes of Solang Valley further provides great opportunities for other summer and winter sports like parachuting, paragliding, skating, zorbing and skiing.

Bhrigu Lake: name dafter Bhrigu Muni is a picturesque mountain lake located at an elevation of around 4,300 metres and can be reached by trekking from the Vashisht Temple.

Vashishta Temple – About 4 kms from Manali  is named after Vashishta Muni and is famous for hot water springs.

Bijli Mahadev: This is a sacred temple in Himachali culture located at an altitude of 2,460m across the Beas River and provides a panoramic view of Kullu and Paravati valleys. More about this temple when I talk about Q.

Manali Sanctuary is located 2 km from main Mall and is a dense vegetation which offers excellent opportunities for a nature walk, bird watching and observing hordes of the  Ibex migrate to glacial regions during summer.

(On the way to Manali you would come across the Pandoh Dam and The Aut Tunnel – both worth some time. From Aut, you can also go to the Pin Valley National Park (Also called Great Himalayan National Park. You can also enjoy river rafting in Beas at Kullu)

That’s all from H. Tomorrow it would be I.