J for Jakhoo Temple and all about Shimla

J for Jakhoo Temple and all about Shimla 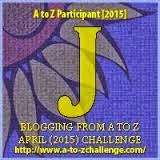 Jakhoo Temple is an ancient Hanuman  temple in Shimla situated on Jakhoo Hill, about 2.5 km from the main centre of Shimla i.e. The Ridge, at about 8000ft height.
Legend goes that Lord Hanuman stopped there to rest while he returned to replace the mountain piece containing Sanjivni Booti after Lakshmana was revived during Lanka war as per epic Ramayana. Due to his weight the Hill top became flat. The temple is thronged by monkeys and thus the temple signs advise visitors to secure all personal belongings and beware of the monkeys.
photo coutesy : http://www.mapsofindia.com/my-india/travel/shimla-popular-hanuman-mandir
Being at such a height, it offers a panoramic view of the surrounding Shivalik Ranges and the town of Sanjauli.
One can reach the temple by foot climbing the steep through beautiful Deodars from Ridge. Alternatively one can hire a pony or horse. Taxis are available too.
Recently the world’s tallest 108 ft idol of Hanuman has also been erected here.

Aside from Jakhu temple Shimla is one of the easiest reachable Hill Station. Being the capital of present HP it has become too crowded but has all amenities. It acts as a hub of tourism. One can reach by four hours’ drive from Chandigarh through beautiful highway road. Alternatively one can enjoy the narrow gauge train from Kalka to Shimla.
Historically Shimla was declared as the summer capital of British Empire in 1864. After independence it became the capital of Punjab and was later named the capital of Himachal Pradesh.The name Shimla is derived from the goddess Shyamala Devi, an incarnation of the Hindu Goddess Kali.
When in Shimla one must try to spend some time on :

The Ridge –Situated in the heart of the city this large open space offers excellent views of the mountain ranges. It holds the two landmarks of Shimla- the neo- gothic structure of Christ Church and the neo - Tudor library building.

Lakkar Bazar: Popular for its wood crafts and Souvenirs, this is just off the Ridge.

The Glen: About 4 km from Shimla at 1830m, is the popular picnic spot with thickly wooded ravine with a stream flowing at the base.

Annadale (4.5 km): Surrounded by a thick deodar forest, this large glade has an ancient temple on the edge.

Shimla also acts as centre to visit other tourist spots like :

MASHOBRA (12 km): At 2149m, this beautiful suburb is surrounded by thick forests. From here, a track leads down to Sipur which is an exquisite glade shaded by ancient deodar trees. There are old temples a fair is held every April.

KUFRI (16 km): At 2501m, this is famous for its wide views and ski slopes. An enjoyable walk leads up to the Mahasu Peak.

CHAIL (45 km): This was a former Summer Capital of the Patiala State. The Palace has been converted to a Luxury Hotel by Himachal Tourism.

TATTAPANI (51 km): At 656m, there are hot sulphur springs believed to have medicinal value.

Shimla holds the famous mountain biking race MTB Himalaya owing to its steep terrain. It started in 2005 and is regarded as the biggest event of its kind in South Asia. It also is the starting point for Himalayan Car rally held every year.

That’s all from J. Tomorrow it would be K.