This post is written for A to Z Challenge .


Masroor is 32 km from Kangra on Nagrota Surian link road and is famous for remarkable group of rock cut temples. They form a group of 15 monolithic rock cut temples in the Indo Aryan style and are richly carved. These richly ornamented cave temples are the only rock shrines in the northern part of India.


The Masroor Rock Cut Temple, also known as Himalayan Pyramid and Wonder of the World. Built in 8th-century, this monolithic rock cut temple complex of 15 temples  is carved out of a single rock. The temple in the centre is carved inside while rest of the 14 temples (7 on either side of the central temple) are carved only on the outside and are reflected in the pond carved in front of these temples.


According to a myth the Pandavas resided here during their long exile from their kingdom. In one of the areas of the temple there is a dungeon with a half built staircase.

The local myth suggests that the Pandavas had unfolded the secret to build the stairway to heaven, but on the condition that the stairway should be built before the early morning hours. Lord Indra (the king of Heaven) was worried about this as upon the completion of that staircase the heaven would be accessible to all earthly beings without the Lord Indra's discretion. 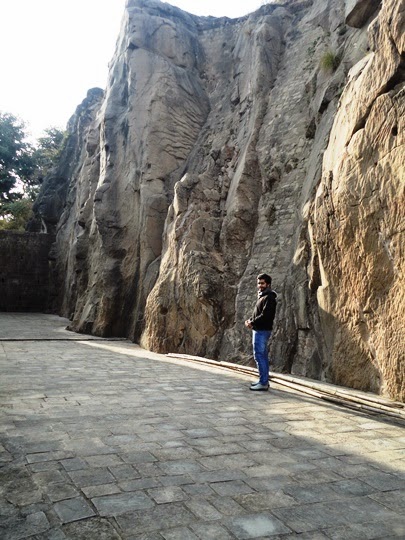 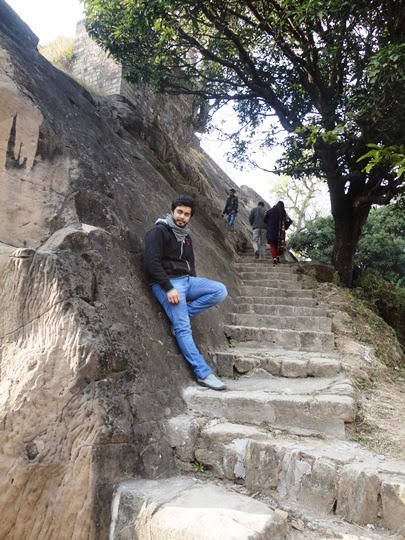 They left the stairway uncompleted. One can still see that uncompleted staircase at Masroor. 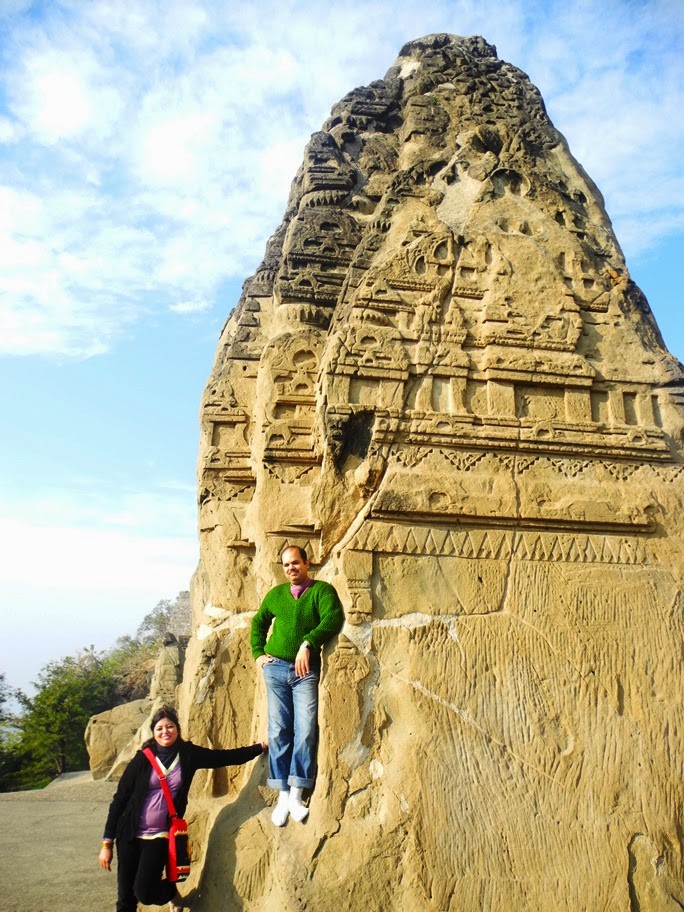 The main shrine contains three stone images of Ram Lakshmana & Sita. The presence of the figure of Shiva in the centre of the lintel also suggests that the temple was originally dedicated to Shiva.


( The rock-cut style of architecture started in the reign of the Pallava king Narsinghavarman I Mahamalla in early 7th Century and reached the climax in Kailash Temple in Ellora in late 8th Century. These rock-cut caves are however common in South India. Temples cut out of free standing rocks are confirmed to be only four in number-'Rathas of Mammalapuram', 'Kailashas at Ellora', 'temple-complex at Masrur in Kangra' and the 'Dharmnatha temple at Dhamnar', 65 miles to the South-East of Jhalra Patan in Rajasthan. The Rathas and the Kailashas are built in the Dravidian style, whereas the Masrur and Dhamnar ones are in the Nagara style. Masrur beats its Nagara rival in situation, size and execution. The Masrur complex has 15 temples while the Dhamnar has only 8. The Masrur group is on top of a 2500 feet high hill range while Dhamnar is in a pit.)

That's about Masroor for now. Tomorrow we would talk about N