A to Z challenge 2016
Festivals of India 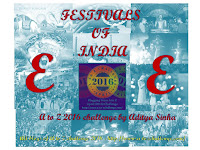 India is a land of diverse religion. Thus today with E, I would not talk about any Hindu festival, but a festival celebrated across the world - EASTER. Easter is a very sacred festival amongst Christians.

It's believed in Christianity, that Jesus came back to life, or was raised from the dead, three days after his death on the cross. As part of the Easter season, the death of Jesus Christ by crucifixion is commemorated on Good Friday, the Friday just before Easter. Through his death, burial, and resurrection, Jesus paid the penalty for sin, thus purchasing for all who believe in him, eternal life in Christ Jesus. 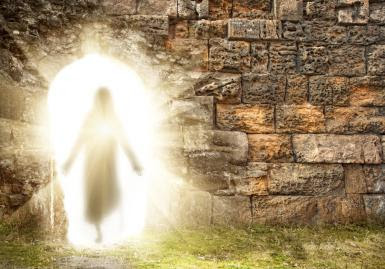 Easter is  also called Pascha or Resurrection Sunday. It is a festival and holiday celebrating the resurrection of Jesus Christ from the dead, described in the New Testament as having occurred on the third day of his burial after his crucifixion by Romans at Calvary 30 AD. It is the culmination of the Passion of Christ, preceded by Lent (or Great Lent), a forty-day period of fasting, prayer, and penance.
The week before Easter is called Holy Week, and it contains the days of the Easter Triduum, including Maundy Thursday, commemorating the Maundy and Last Supper, as well as Good Friday, commemorating the crucifixion and death of Jesus. In western Christianity, Eastertide, the Easter Season, begins on Easter Sunday and lasts seven weeks, ending with the coming of the fiftieth day, Pentecost Sunday. In Orthodoxy, the season of Pascha begins on Pascha and ends with the coming of the fortieth day, the Feast of the Ascension.
The Festival thus has a sacred value and is celebrated by offering prayers at Church.
(My Christian friends from all round the world would be able to elaborate more on this)
Aditya Sinha
06.04.2016

That’s for today with E. Tomorrow it would be another festival with “F”
List of Other Festivals : Anant Chaturdashi, Akshay Tritiya ,Buddha Purnima, Basant Panchmi, Baisakhi,  Chhatha, Diwali/Deepawali
For my parallel second Challenge blog with A pls visit : Let the Soul Pour
For other A to Z challenge blogs visit : A to Z Challenge 2016
Posted by Aditya at 4/06/2016 07:45:00 am